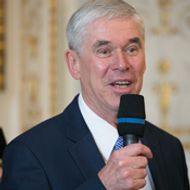 Director of the International College of Economics and Finance

In 2017 ICEF celebrated its 20th anniversary! Twenty years ago, ICEF started off as a double-degree undergraduate programme and now it has transformed into a full-scale research and education centre, offering an international undergraduate programme and a Master’s programme in Financial Economics (with the participation of LSE). ICEF’s academic staff are engaged in research projects at the forefront of contemporary economics and publish their research findings in leading international scientific journals.

We consider July 2, 1997 to be the ‘birthday’ of ICEF, as it was on this day that HSE Rector Yaroslav Kuzminov and LSE Director Anthony Giddens signed a partnership agreement, which foresaw the establishment of a ‘world class college in economics and finance’ at HSE.

ICEF is still young and looking towards the future. I hope that all of us attain new goals and achievements, make bold decisions, and come up with new ideas. Moreover, I hope that our most ambitious plans come true.

How it all started 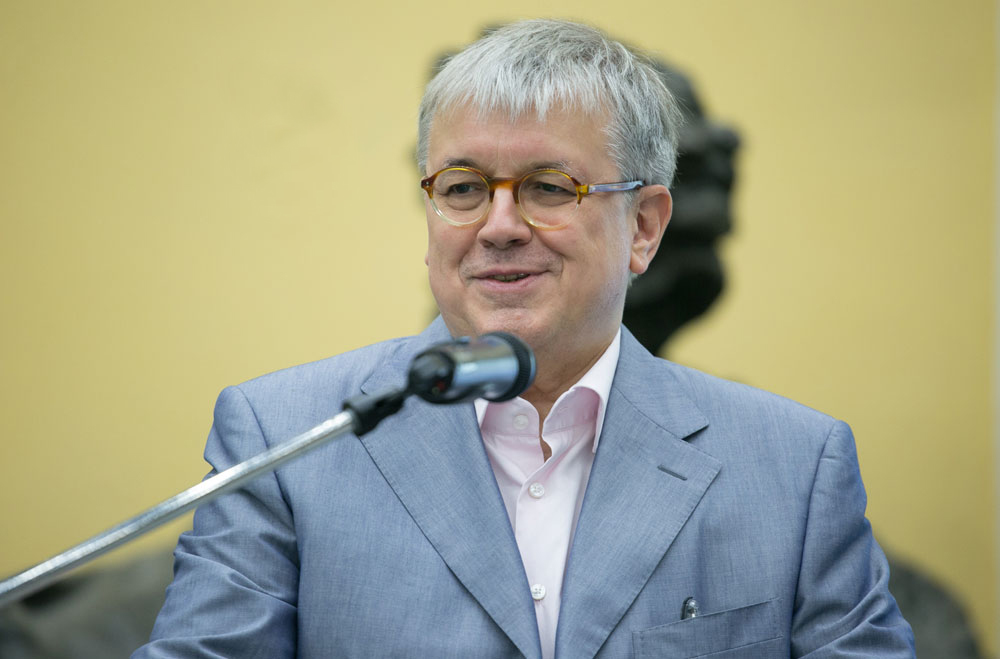 Twenty years ago, my colleagues from the Faculty of Economics at MSU came to HSE, which was quite a young institution at the time, and proposed doing this project. As you can see, the project has been realized and, today, it’s not just the successful venture of Sergey Yakovlev, Oleg Zamkov and their colleagues. We can also talk about it as a Russian success story from the 1990s. There weren’t that many then, but ICEF reminds us about all the things that can be done in an open environment. This was the first large-scale attempt to integrate the Russian education system with the global academic environment. Furthermore, ICEF has been an engine for transforming the entire Russian higher education system.

Our collaboration with the University of London spread to other HSE faculties. This is a very successful example of collaboration based on mutual respect. I would like to thank our British colleagues, who had faith in this initiative, and the resilience of the team that started the project. Today, we can clearly see their contributions. 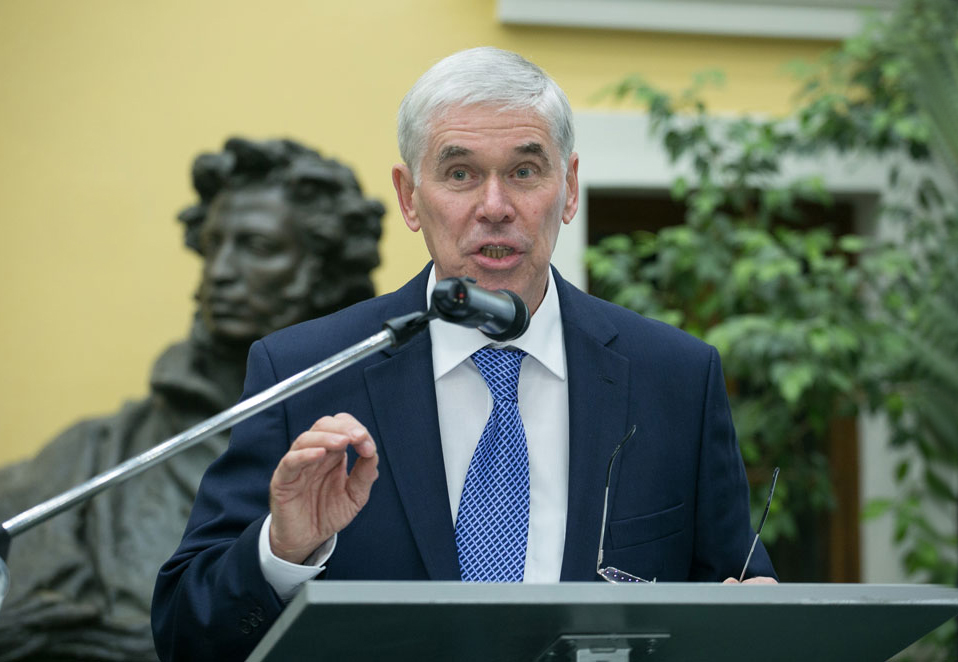 Today is a joyful day, as we are celebrating the 20th anniversary of the International College of Economics and Finance, which was established at the Higher School of Economics with the involvement of the London School of Economics and Political Science along with the support of the Russian business community. I am very grateful to everyone who was able to come here today. And I am very glad that we have gathered in such a spiritual place as the Pushkin Museum.

Twenty years is a short period in terms of history. The college is still young, and we don’t have time to live on memories. Nevertheless, I would like to highlight briefly what ICEF is and what remarkable things it can offer, in our opinion, to HSE and our country at large. Read more >>

Herman Gref – CEO, Chairman of the Executive Board, Sberbank

«My warm congratulations to the ICEF team on the institution’s 20th anniversary. Over the two decades of its existence, ICEF has earned a solid reputation as one of the most popular, respectable and highly competitive educational institutions, while also adhering to the highest of international standards. The college is world renowned for its very strong faculty and this is why it is so capable of training first-class specialists, who then join the ranks of a new generation of talented economists. I am certain that over the years to come, ICEF will continue to train top professionals, who will be able to make notable contributions to the development of economics in Russia.». 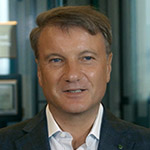 «Twenty years ago, my colleagues from the Faculty of Economics at MSU came to HSE, which was quite a young institution at the time, and proposed doing this project. As you can see, the project has been realized and, today, it’s not just the successful venture of Sergey Yakovlev, Oleg Zamkov and their colleagues. We can also talk about it as a Russian success story from the 1990s. There weren’t that many then, but ICEF reminds us about all the things that can be done in an open environment. This was the first large-scale attempt to integrate the Russian education system with the global academic environment. Furthermore, ICEF has been an engine for transforming the entire Russian higher education system. I would like to thank our British colleagues, who had faith in this initiative, and the resilience of the team that started the project. Today, we can clearly see their contributions». 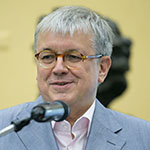 Professor Sir Adrian Smith - Vice-Chancellor of the University of London

«Over the years, ICEF students have won prizes for outstanding results at University of London exams, they've been admitted to prestigious course throughout the world. All this is evidence of the great achievement, recognised outside Russia and in particular, we in the University of London recognise the contribution that's been made. Your students are truly outstanding». 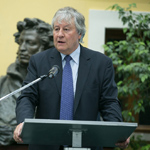 «HSE itself is an excellent project, and ICEF might be the best of its faculties. My employees and doctoral students include ICEF alumni. These are people who can immediately adapt to the demands of the market and employers, and who don’t require further training or retraining. And this is crucial since the gap between graduates’ qualifications and employers’ requirements is still a major issue. At the same time, this doesn’t necessarily mean their qualifications are low as such. Rather, it only means that they simply don’t meet the demands of the market. The acquired competencies of ICEF students are in perfect accord with the real sector, be it in terms of analytics, management, banking or academia. I believe that, within 10 years, ICEF will still be able to successfully adapt to a new environment and meet the market’s demands». 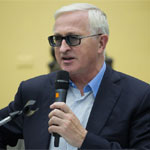 «ICEF provides a unique educational experience in Russia, through cooperation, broadening horizons, and interaction with the rest of the world. It has developed a master’s programme that has a high reputation amongst employers and academic institutions. The graduates of ICEF are highly respected at the job market internationally. A partnership with the Higher School of Economics is growing on the back of the success of ICEF, and this reinforces LSE's presence in Moscow and in Russia, something we value and something we wish to promote. On behalf of the LSE and its director, I would like to offer our congratulations and good wishes for the future of ICEF and at least the next 20 years». 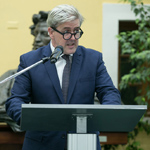 «For VTB Group, our partnership with ICEF is one of the best investments of all time. At VTB Group, we employ many ICEF graduates and they are very good workers. I would also like to congratulate Sergey Yakovlev, Oleg Zamkov and other professors for developing human capital for Russia. I hope that ICEF maintains its position as a leading institution and will continue moving forward». 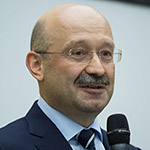 «Сongratulations to ICEF on its 20th birthday. And this is a nostalgic time because it takes us back to around 1996 when we first began to discuss the formation of the college and, of course, the basic idea then was, wouldn't it be wonderful if Russian students could get both Russian qualification and an excellent, externally validated qualification of guaranteed standard. And that's the fundamental idea behind ICEF and what is made is such an extraordinary success. We are looking forward at LSE to continuing involvement with the college and we're glad that's going to continue». 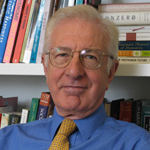 «ICEF serves as an internal benchmark for where HSE wants to be. We follow in your footsteps, relying on your long-standing cooperation with the London School of Economics. ICEF is a highly respectable institution, setting the standards for HSE’s further development». 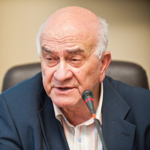 «ICEF has now established itself as a leading institution for research and education, and I congratulate you for this success. I'm very happy to see that the LSE has contributed to this success, but, of course, during the last 20 years, the main contributors have been its director Sergey Yakovlev and the LSE representatives, Richard Layard in the beginning and Richard Jackman of a much longer duration, and, once again, congratulations to all of you over there and best wishes for the next 20 years and beyond». 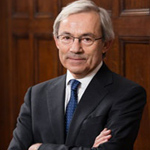 Sergey Dubinin, Chair of the ICEF Board of Trustees, Member of the Supervisory Council of VTB Group

«ICEF is now standing firmly on its own two feet. The main thing is that it adheres to very high standards. The fact that our graduates are in such high demand by employers is a very natural and pleasing outcome». 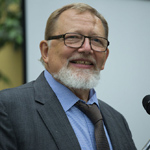 «The importance is the strength of the international partnership that underpins the whole thing, the whole activity in the college and then the excellence of the students because the students are just outstanding. I think the commitment of the students helps moving forward». 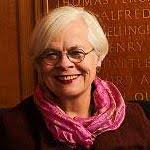 «My congratulations to our colleagues and friends at ICEF! There is a good English term “coopetition”, which denotes something between “cooperation” and “competition”. And this coopetition with ICEF has proved to be very useful and beneficial for both our institutions». 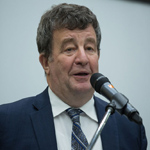 «HSE is an innovation-driven institution, which keeps coming up with new things and is always at the cutting edge. In this sense, ICEF plays a similar role – it is the “avant-garde” institution inside HSE that continues to lead the way. There are many things that HSE borrowed from ICEF: partnership with the LSE, studying in English, strong board of trustees and employment of faculty on the international job market. ICEF was the first one to do so and we used their experience». 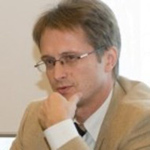 Alexander Auzan, Dean of the MSU Faculty of Economics

«ICEF is only 20 years old, but that’s quite a lot of time. It relies on the best practices from both the Russian and British educational traditions, and it has been able to establish a new academic culture and gain global recognition and an outstanding academic reputation. The Faculty of Economics at Lomonosov Moscow State University is closely associated with this anniversary since ICEF was the creation of its alumni. Moreover, although we may have our differences in terms of academic goals and objectives, we are nevertheless congenial and share the same academic values». 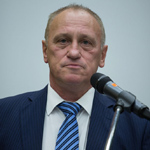 «I think that ICEF’s major achievement is that it has managed to go all the way from being just another undergraduate programme, i.e. an exclusive HSE project, to becoming a successful large-scale institution, whose experience can be replicated inside and outside of HSE. This is a project that incorporates educational programmes of various levels and research activities. And many colleagues at HSE are now following the ICEF model». 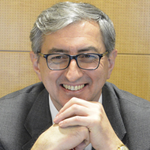 Vladimir Filippov, Rector of the Peoples’ Friendship University of Russia

«The ICEF team endeavours to train a new type of professional, who is both qualified and possesses a keen moral capacity. Your former students are now experts and managers with very impressive qualifications, who are highly valued in business and public administration, both in Russia and internationally. And this clearly attests to the high profile and status of ICEF». 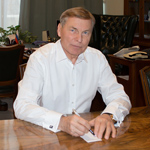 «From the earliest years of its existence, ICEF has been engaged in training excellent specialists, who are valued both on the Russian market and internationally. There’s no doubt that the excellent work of ICEF’s faculty, the diligence of its students, and the professionalism of its graduates deserve great praise and the respect of the public». 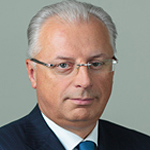 Honorary lecture by a nobel prize laureate, Regius Professor of Economics at the London School of Economics Sir Christopher Pissarides

See all photos and upload yours

Speech of ICEF Director Sergey Yakovlev on the Anniversary celebration